Really looking forward to this one!

With 20 years of doing 'web stuff' and lots of previous positive chatter on Twitter from other talks he's done, Frank Fenton will be in talking about 'How to get promoted'. 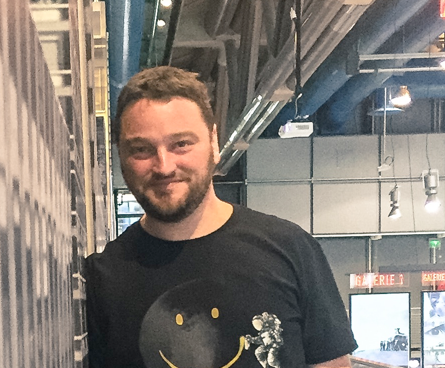 In that time, he’s seen it go from a platform for weird hobbyists into a multi-billion pound industry that your mum uses to do her shopping. Along the way, he’s delivered around 600 projects for the likes of Adidas, Coke, Yahoo, GSK and an alphabet soup of government departments.

During that time he’s made pretty much every mistake that it’s possible to make, but has learned to fail better with each attempt and is somehow still standing.

Frank is now Head of Digital for Manchester agency Dinosaur and continues to iterate on his own life and skills.

How to get promoted

Beyond great technical skills, what do you need to progress to Tech. Lead, Tech. Director or Head of Digital?

Because I see brilliant developers who sort of ‘get stuck’ at a purely technical level even though they have much more to offer. And the one thing no-one tells you is what skills you need and how to position yourself for the jobs that pay the big(ger) bucks.

So, I’d break down the skills and sensitivities you need to move beyond ‘just’ being a developer. How to get into a position where the folk in suits take you seriously, without ever having to become a suit. A primer on the biznez.js framework if you will. And whether it’s for you or not, because some people may like the idea, but don’t understand what it means for them.

Thanks to the sponsors:

If you're coming to this event, please thank the sponsors on Twitter, without them it wouldn't be possible.